Former AirAmerica radio show host and critically acclaimed author of THIS WAY OUT: The Power to Change, Diane R. Light, MA, CIT, has worked in the fields of mental health and education since the mid-seventies. In 1987, she moved with her family to the Washington, DC area, where she went into private practice as a psychotherapist. In 1991, she founded the Light Center for Counseling and Self Development where she served as its director and newsletter editor until 1997. The Light Center offered classes, workshops, “A Course in Miracles” groups, meditation groups, and yoga classes. The Light Center also offered full counseling services to the community to promote individual self development and growth.

During her 30+ years working with her clients and students she discovered and developed a revolutionary new personality theory and powerful, practical, user friendly system of therapy that connects the dots between spirituality and psychology and embeds our spiritual nature in the psyche. She has documented her work and her Theory in what has been called a unique and groundbreaking book “THIS WAY OUT: The Power to Change.

She presented her new revolutionary personality theory to psychologists, psychiatrists and other mental health professionals at the American Institute of Medical Education Conference in Sante Fe, NM in February 2012. The conference was sanctioned by the APA, AMA and other mental health licensing bodies for continuing education. It was very well received. There was a great deal of excitement and interest from her colleagues about how to apply concepts, methods and techniques of the profound new personality theory that she presented at the conference.

Today she maintains a private practice in the Virginia suburbs of Washington, DC as a Professional Life Coach and Certified Personality Integration Therapist (CIT). Her life coaching practice reflects her investment and belief in the maturation model of mastery rather than the illness model of psychotherapy.

Her current focus is on helping people find their power and creativity by systematically empowering people to remove their personal roadblocks and unleash their true higher selves. 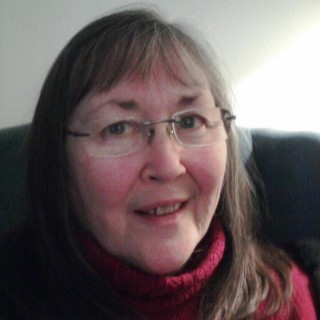 Small interactive study groups now forming for THIS WAY OUT. 10 week phone conference facilitated by the author. Limited slots available. Forming for February 2013. Sign up now for Tuesday or Wednesday evenings 8pm-9:30pm. If interested click below for more information and to check availability.